Bio:  Sir Konstantin Novoselov, Russian-British physicist was awarded the 2010 Nobel Prize for Physics for his experiments with graphene. He  made it into a shortlist of scientists with multiple hot papers for the years 2007–2008 (shared second place with 13 hot papers) and 2009 (5th place with 12 hot papers). In 2014 Kostya Novoselov was included in the list of the most highly cited researchers. He was also named among the 17 hottest researchers worldwide—”individuals who have published the greatest number of hot papers during 2012–2013″. Novoselov joined the National University of Singapore’s Centre for Advanced 2D Materials in 2019, making him the first Nobel laureate to join a Singaporean university.

Kostya Novoselov’s research interests cover a wide range of topics from mesoscopic superconductivity and ferromagnetism to materials science and biophysics. He studied vortex structures in mesoscopic superconductors, observed atomic-scale movements of ferromagnetic walls, monitored heartbeats of individual bacteria and mimicked gecko’s adhesion mechanism. His breakthrough moment was the discovery of graphene. Novoselov is now widely recognised to be one of the pioneers in this field (as a number of international awards prove) and, together with Prof Geim FRS, leads research on various applications of this new material ranging from electronics, photonics, composite materials, chemistry, etc. Prof. Novoselov is strongly committed to disseminating science through public lectures and media interviews.

Bio: Professor Aldo Faisal (@FaisalLab) is the Professor of AI & Neuroscience at the Dept. of Computing and the Dept. of Bioengineering at Imperial College London (UK) and Chair of Digital Health at the University of Bayreuth (Germany). In 2021 he was awarded a prestigious 5-year UKRI Turing AI Fellowship. Since 2019, Aldo is the founding director of the £20Mio UKRI Centre for Doctoral Training in AI for Healthcare, and leads the Behaviour Analytics Lab at the Data Science Institute, London. Aldo works at the interface of Machine Learning, Medicine and translational Biomedical Rngineering to help people in diseases and health. He currently is one of the few engineers world-wide that lead their own clinical trials to validate their technology. In this space his works focusses on Digital Biomarkers and AI for medical intervention (Makin et al,Nat Biomed Eng; Komorowski et al, NatMed, 2018; Gottessmann et al NatMed, 2019). His work received a number of prizes and awards, including the $50,000 Research Discovery Prize by the Toyota Foundation. 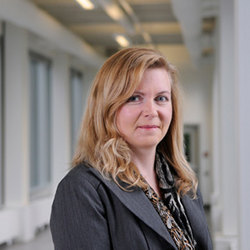 Bio: Marina L. Gavrilova is a Full Professor in the Department of Computer Science, University of Calgary, and a head of the Biometric Technologies Laboratory. Her publications include over 200 journal and conference papers, books and book chapters in the areas of pattern recognition, machine learning, biometric and online security. Dr. Gavrilova gave over 50 invited lectures and keynotes at major scientific gatherings, including Stanford University, SERIAS Center at Purdue, Microsoft Research USA, Oxford University UK, Samsung Research South Korea among others. She has founded ICCSA – an international conference series, and is serving as a Founding Editor-in-Chief of LNCS Transactions on Computational Science Springer and an Editor-in-Chief of the International Journal of Digital Human, Inderscience.

Title for Talk: Emergence of AI and DL in Biometric Systems and Cybersecurity

Abstract: Human identity recognition is one of the key mechanisms of ensuring proper asset and information access to individuals, which is the base of many government, social services, consumer, financial and recreational activities in the society. Biometrics are also increasingly used in a cybersecurity context to mitigate vulnerabilities and to ensure protection against an unauthorized access or estimate risk level.

This keynote will discuss how deep learning methods can enhance biometric recognition accuracy in a variety of settings: unimodal and multi-modal systems, emotion, activity recognition and risk assessment. The Keynote will discuss the design of biometric systems, some recently developed the deep learning architectures, and will conclude with some practical case studies and discussion of open problems. 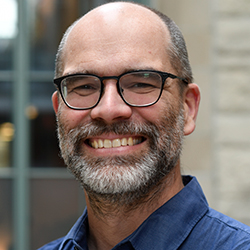 Bio:  Randall Berry joined Northwestern University in 2000, where he is currently the Chair and John A. Dever Professor in the Department of Electrical and Computer Engineering. His research interests span topics in wireless communications, computer networking, network economics, and information theory. Dr. Berry received the M.S. and PhD degrees in Electrical Engineering and Computer Science from the Massachusetts Institute of Technology in 1996 and 2000, respectively, where he was part of the Laboratory for Information and Decision Systems. His undergraduate education was at the University of Missouri-Rolla, where he received the B.S. degree in Electrical Engineering in 1993. In 1998 he was on the technical staff at MIT Lincoln Laboratory in the Advanced Networks Group. Dr. Berry is the recipient of a 2003 NSF CAREER award and an IEEE Fellow. With his co-authors, he has received best paper awards at the IEEE Workshop on Smart Data Pricing in 2015 and 2017 and at the 2016 WiOpt conference. He has served as an Editor for the IEEE Transactions on Wireless Communications and the IEEE Transactions on Information Theory and is currently a division editor for the Journal of Communications and Networks and an Area editor for the IEEE Open Journal of the Communications Society.

Title for Talk:  Spectrum Sharing for 5G and beyond: A Network Economics View.

Abstract: The evolution of commercial wireless networks to 5G and beyond will continue to increase the demands for wireless spectrum. Traditionally, commercial wireless service providers have utilized spectrum that is exclusively licensed to them. Moving forward, these networks will increasingly operate in spectrum that is shared including utilizing unlicensed spectrum and the tiered sharing approach recently adopted for the Citizens Broadband Radio Service (CBRS) adopted for sharing the 3.5 GHZ band with incumbent users. The success of these approaches is in turn tightly coupled to the economic impact they have on the competition between wireless service providers. In this talk we will discuss a framework for gaining insight into these impacts based on game theoretic models for competition with congestible resources. We will utilize this framework to illustrate potential impacts of different emerging sharing scenarios. 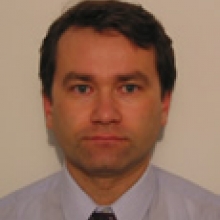 Bio: Z. Zilic is a Professor of Electrical and Computer Engineering at McGill University, researching and teaching Embedded Systems, Internet of Things and Blockchain. Prior to McGill, he was a Member of Technical Staff at Lucent Technologies, FPGA Group. He holds Ph. D. and M. Sc. degrees from University of Toronto.

Title for Talk: From Body Area Networks to Blockchain in Healthcare

Abstract:  In this talk, we overview the recent progress on networking and closer integration of lifestyle and health devices. We first summarize the development on the Body Area Network (BAN) adapters and show its integration with various mobile network settings, including the vehicular networks. Then, we present a case for the use of private blockchains for the health record management that are closely integrated with the BAN developments. We finalize with the specific blockchain enhancements, such as level-2 aggregation and the integration of the consensus schemes suited healthcare-related blockchains.

Bio: Prof. Aaron Striegel is currently a Professor of Computer Science and Engineering at the University of Notre Dame.  and also serves on the Executive Committee of the Wireless Institute at the University of Notre Dame. Prof. Striegel’s research interests focus on instrumenting the wireless networked ecosystem to gain insight with respect to user behavior and optimizing network performance.  Flagship projects of Prof. Striegel include the NetSense, NetHealth, and Tesserae involving the instrumentation and analysis of data from hundreds of smartphones and wearables over a nearly seven-year period of continuous data streaming. Further research interests of Prof. Striegel include heterogeneous network optimization (cellular, WiFi), content distribution via edge device pre-staging, and network security dynamics.

Abstract: Network measurement and in particular end-to-end network measurement has received significant attention from the research community.  One of the key focal points has been to determine what the likely end-user performance will be by measuring various network characteristics including throughput, latency, loss, and jitter.  For many researchers, there has been a natural tendency to place a significant emphasis accuracy, namely how close is my measurement technique to the actual ground truth?  The goal of my keynote is to challenge that view and to ask whether accurate but expensive measurements are worth it?  Rather, do measurements simply need to be good enough for the task at hand?  I will present why the dramatic variations in speed associated with the latest wireless access technologies make absolute accuracy less important and that such an absolute focus on fidelity poses tremendous challenges for addressing issues such as broadband inequity and consistency of reasonable network access quality.  Iterating on this view, I will outline several open research challenges and opportunities in this space that are ripe for researchers to address.

Bio: Danijela Cabric is Associate Professor in the Electrical and Computer Engineering Department at the University of California, Los Angeles.

Abstract:  Multi-UAV deployments create new opportunities for wireless communications. By coordinating the UAVs, they can act as a virtual-antenna-array and use multi antenna communication schemes like distributed MIMO and distributed beamforming (BF). Distributed MIMO enables a swarm of UAVs to transmit multiple data streams simultaneously to a multi-antenna ground station (GS), thus improving the spectral efficiency. Due to the line-of-sight propagation between the swarm and the GS, the MIMO channel is highly correlated, leading to limited multiplexing gains. By optimizing the UAV positions, the swarm can attain the maximum capacity given by the single-user-bound. To achieve this capacity, we propose a centralized approach using block coordinate descent and distributed iterative approach using linear controllers. Distributed BF can extend the communication range of a remotely deployed swarm, avoiding energy waste in travel towards the destination radio. In order to beamform, the UAVs typically rely on the destination feedback, however, noisy feedback degrades the BF gains. To limit the degradation, an analytical framework to predict the BF gains at a given SNR is developed and used to optimize the signaling with the destination. The proposed framework was verified experimentally in the lab and using UAV-mounted software-defined-radios (SDR). We also developed a feedback-free BF approach that eliminates the need for destination feedback entirely in a LOS channel. In this approach, one BF radio acts as a guide and moves to point the beam of the remaining radios towards the destination. This approach tolerates localization error and was demonstrated using SDRs.

• Best Paper Award will be given for each track.